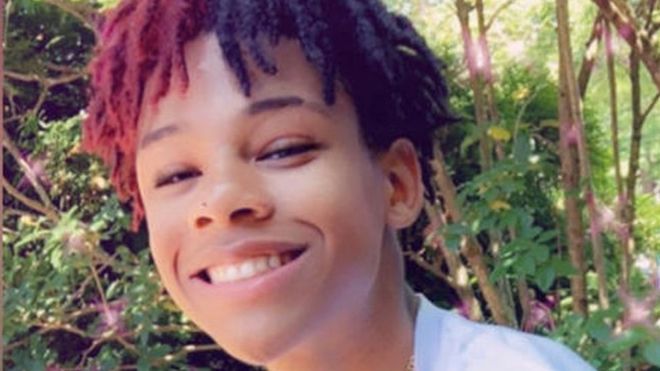 Dear Khaseen,
On Monday, September 16th, I sent a check-in text to my goddaughter because the school year had started and I didn’t hear from her. She said she would give me a full report when things settled. The Friday of that week, she texted that she hates AP Physics and that her friend was killed. In that order. My heart sank. How do you have a conversation about the death of the friend. I knew the best thing I could do was just be there for her.

As she started to give me the details, I remembered hearing your story on the news. When Long Island was mentioned, I froze hoping that it wasn’t her school. Although your death is another senseless tragedy, when they said Oceanside, I thought she was “safe.” I was wrong. You had just transferred to Oceanside, so the two of you not only knew each other, but you were friends.

We exchanged more texts while she was in school. This is something I was initially reluctant to do, but realized that by telling her to not to text me, I would push her away. My goddaughter also explained that she texted in the classes where the teachers didn’t teach or would sometimes be on their own phone…plus she’s on the honor roll. I know once her parents find out we’re both in trouble, but until then, I keep her secrets.

As a godmother, I gave a vow to be there when her parents aren’t. To protect her when I can. However, in certain spaces and situations there is nothing I can do. She has had a slightly difficult time in junior and high school that included being bullied, so she doesn’t have many friends. However, Khaseen (she calls you Kha), you were one of the few students she called a friend. During our conversation, she mentioned the friends that fought with you in the parking lot that day and injuries they incurred. She’s upset that the media portrayed you as a gang member, a typical trope of a young Black man on the news…I flashbacked to the death of my friend who was killed and was portrayed as a gang member by the local news. I know her hurt and anger.

She told me how you protected her when you went to the same school. In spaces and situations that her parents or I could not be, you were there. Therefore, she vowed that whenever you are mentioned she would not allow anyone to speak negatively about you. It’s her turn to protect you, she said. My big girl is aware that young Black men are criminalized with the greatest of ease—she’s not having it. Later, she sent an old video where you’re in a classroom, she gets your attention and you flash your brilliant smile. It’s sweet and sad at the same time.

It took me awhile to write this, and more teens have been charged with your death. There are so many issues to address. And I get the urgency to get help, but I’m still on the fence about dialing 9-1-1 as it may result into death as well with no accountability for excessive force and the vilification of the person who lost their life. Just something I observed by watching the news. Nevertheless, she has my support in making sure that when people mention you, they mention the young man who protected his friends.