I took a crazy break. It was not by choice, things just happened and it was hard to get back into my groove. In between my last piece and now, I have rough drafts all over the place. As I was going through them I realized nothing was positive, except for one. I just had to get them out of my head. Even this was supposed to be published last week…“Nothing before it’s time,” said Grandma.

The bits and pieces that I wrote in margins of books and articles, in apps covered a self-analysis at the time of Saheed Vassell’s murder; the vulnerability exposed through Chikeshia Clemons ordeal; James Shaw having to be a hero against white supremacy; the separation of children from their parents because they speak Spanish and how easily a jacket distracted many; and how dialing 9-1-1 is commonplace when it comes to us in different places. When all is said and done, young people are still dying by police and their peers. The fleeting empathy for those who commit suicide reminds me of those churchgoers who only show up on Easter Sunday. Once the deceased are out of the headlines, it’s business as usual until the next suicide. If I offended you, give it a couple of hours, you will forget what I have just written. 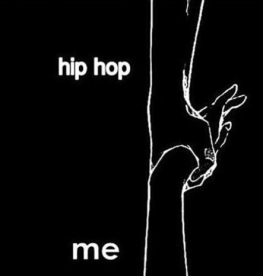 In other news, hip-hop saved me (us?). Where Kanye is concerned, I’m just going to press fast forward. Childish Gambino realigned things in four minutes (of course it was quickly  and horrendously appropriated—typical). But, shout out to Black Twitter during the Pusha T and Drake beef. Meek is home! Lately, I have been arguing the way of the world and citing the Philly rapper. “Stay Woke” featuring Miguel just adds more ammo. The hip-hop albums released since April are impressive and motivating. I think they provide a balance, more than a distraction and help us get through these rough times.