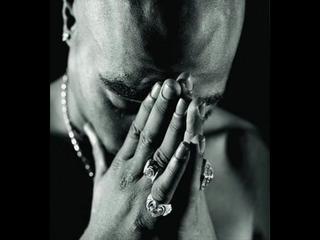 I’ve been quiet lately. I was living inside my head. I have my views, but my voice was silent…until now.

But before I got here, I had to go for a run. It was just me, the wind, the sun, and God. By the end, I was emotionally better but exhausted. The drama I was having wasn’t major anymore and I was reminded to take the high road although I wanted to drag someone’s soul to bowels of hell and back (y’all just don’t know). Before I go there, let me backtrack a bit.

On August 30, Willow and Jaden Smith graced the cover of the latest Interview magazine staring at us. For years, the children of Jada and Will Smith have been making headlines for being “other.” Jaden being the front-runner with his non-conforming attire and sound bites that makes you do a double take because that’s not how a young man “should” dress or talk—let alone a young Black man. C’mon son. Yet he exists. They both do while defying norms—without apologies. 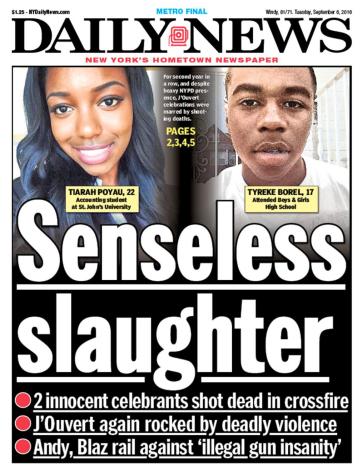 However, one week later, the news of Tiarah Poyau, 22, and Tyreke Borel, 17, being killed at J’ouvert in Brooklyn left me with a sinking feeling. The celebration of my culture in my city was once again tainted with death. It hurt to see their faces on the cover of the Daily News. This is a month after reports come out that Chicago had its deadliest July in 10 years with 65 homicides—which was still lower than the 72 in June. No matter the block, gun violence has the same results.

Fast forward to August to when San Francisco’s 49ers quarterback, Colin Kaepernick, started protesting the 202 year old national anthem. A bold stance and what I believe Malcolm Gladwell would call a tipping point. Kaepernick gesture started conversations about injustices without a word and when he was asked about it he told NFL media, “This is not something that I am going to run by anybody,” he said. “I am not looking for approval. I have to stand up for people that are oppressed.” Now other athletes are kneeling at their games—there is even solidarity in the courtrooms. His support is coming from everywhere including veterans who are used in opposing arguments of why he should stand.

Meanwhile, on the other side of the ocean, 13 year old girls in South Africa protested to suspend a racially driven 114-year-old policy about how they can wear their hair. These students decided that their hair is a part of their identity that will not be compromised.

Bring it back to the states on September 11th, Solange on the internets letting us all know we belong. (She’s so dope.) But the killings of Tyre King, 13, Terence Crutcher, 40, and Keith Lamont Scott, 43 remind us that even though we belong, to others we don’t matter…and now we are protesting again.

As I write this overlooking the garden which was formerly the Women’s House of Detention where Angela Davis and Afeni Shakur (while she was expecting 2Pac) were detained, the track “Krazy” on The Don Killuminati album plays in my ear buds. Bad Azz raps, “A million things run through my mind, you ain’t gotta be in jail to be doing time.”

There has been success and progress but these devastating defeats are playing on the psyche and being able to maintain is the hardest. However, before these injustices consume us, we have to find that balance of being aware and self-care. Take care my loves because PTSD is real and before you know it you may be doing time—just minus the bars.
Peace.

One thought on ““Krazy””