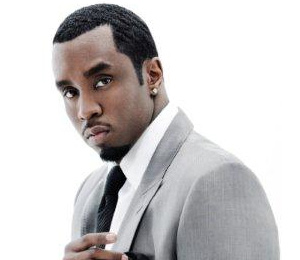 The Puffy Effect: The ability of a production or promotion by Sean Combs to cause a corresponding reaction via the stimulation of the senses.

Sean Combs has created classic hits, made remixes and did features with complimentary videos. You’ve heard his ad-libs* and seen his dance moves. He’s done the small screen, silver screen and Broadway.

Puffy made his mark on the music scene when he produced “Come and Talk to Me” by Jodeci at Uptown Records which sold two million copies. Since then Combs has executive produced numerous platinum albums, three of which are on Rolling Stones’ 500 Greatest Albums of All Time (Mary J. Blige’s My Life, Notorious B.I.G.’s Ready To Die and Life After Death). Puff Daddy’s ability to “take hits from the ‘80s and made them sound real crazy” was uncanny. As fellow hip hop mogul Jay-Z noted, “nobody could touch Puff back when Puff had it.”

It’s more than just music and television when it comes to sight and sound. Far from myopic, Mr. “Can’t Stop, Won’t Stop” began to expand his horizons and shift his focus to non-musical ventures by trial and error. Speaking of trial, although it is not featured in the infographic, the media frenzy surrounding Combs high profile court case in 2001 definitely had viewers’ eyes and ears.

Nevertheless, this Bad Boy has used his visibility for greater good. Diddy raised $2 million for New York’s public schools and inner city youths when he ran the ING New York City Marathon in 2003. Who can say the words “Vote or Die” and Puffy not come to mind? He was a driving force in getting 4 million people between the ages of 18 to 29 to vote in 2004. In 2011, Combs donated $60,000 to the Boys and Girls Clubs Of Harlem. It didn’t get much press, but it allowed the club to keep its doors open for its members. In 2014, his television network, REVOLT TV hosted events to raise awareness and money for the organization. Even when Combs is not seen or heard, it doesn’t mean he isn’t producing. He’s known for sending his protégés for cheesecake in his series Making the Band, but he is also credited for shows like Run’s House and its’ spin off Daddy’s Girls on MTV. As far as sight and sound is concerned, for more than 20 years, Sean “Puffy” Combs has been nothing short of prolific.

Most of Diddys’ commodities are multisensory. The sense of touch is generally linked with the other senses.

Musically, the sense of touch is two-fold. The musical vibrations that are felt when the beat drops are tangible, but the feeling the music creates is intangible. In the non-tactile sense, music is a perceptual illusion, but when it touches you, it cannot be denied. Love it or hate it, you can experience feelings (along with nostalgia) when listening to one of Puff’s musical productions. Combs’ clothing line Sean John appeals to sight and touch. The logo is used for brand marketing and social status. The items’ color is based on the sense of sight, however, the material (or texture) appeals to sight and touch. When shopping in stores, consumers typically see an item of interest and instinctively touch it, whether it is a trimmed hood, a velour sweat suit or leather pocket. Moreover, the main purpose of the purchase is to make the customer look and feel “fresh.” Touch can be paired with taste as well; the “smoothness” of the Ciroc is used as a unique selling point for the ultra-premium vodka.

It started with Moët in tub to Cristal…everywhere (in the lyrics and videos). Then came the four-minute commercial hit “Pass the Courvoisier” with Busta Rhymes and Pharrell Williams—which created a 20% boost in sales for the cognac. Studies show there is a strong correlation between rap music and alcohol. After closing the doors of his restaurant Justin’s (named after his first son) in New York, Puffy redirected more of his attention into the spirits arena. Teaming up with Diageo, Puffy started to promote the ultra-premium vodka, Ciroc.

The various marketing tactics used by his advertising agency, Blue Flame Agency, was so relentless, Ciroc knocked Belvedere out of second place (Grey Goose leads the category), became a household name and won the Spirits Brand of the Year award in 2011.*** Music and alcohol have always complimented each other; it only made sense, which end up making Combs a lot of cents and a top earner of Forbes Hip Hop Cash Kings since 2007. Ciroc is now available in six varieties and can be heard in popular rap songs and seen in videos. For that potential Ciroc hangover, Combs teamed up with Mark Wahlberg to promoted AQUAhydrate, a water brand with electrolytes. He did not stop there (why would he?), for tequila lovers, DeLeon was introduced in late 2014.

Puff sells fragrances and is successful at it. He’s moved units and won awards; Unforgivable and I am King won for Fragrance of the Year, Men’s Luxe in 2007 and 2009, respectively. If you know anything about the fragrance industry, these were not easy feats. For some industry insiders a successful fragrance is regarded by sales, for others it is regarded by its composition, I Am King did both—quantity and quality. For Puffy, there was more to the fragrance. “When you see this image, you need to understand it’s bigger than the fragrance, it’s bigger than me. When a young African-American male or a young Latino male sees this image,” Combs explained to Women’s Wear Daily, “they see this elegant sophistication and they see I Am King next to it it hits their senses and they believe; that’s what motivates me when I’m taking the pictures.” He didn’t forget about the ladies, Unforgivable Woman and Empress, the counterpart to I am King was also released.

If someone mistook Puffy for a Jamaican with “tree undred” jobs (that yielded a $700 million net worth in 2014), it wouldn’t be a far-fetched notion—he wears many hats. The most noteworthy, however, is not his cocked Yankees fitted, but the cap he wore at Howard University commencement ceremony in 2014 while receiving his honorary degree. Congrats, Mr.Combs.

*He copied the technique from legendary producer Pete Rock.

**He also acquired Enyce and formed a joint venture with Zac Posen.

***Data provided by Symphony IRI, a market research company, whose figures exclude liquor stores and on-premise sales in bars and restaurants. So, Ciroc may be number one…Maybe.

The Puffy Effect by kashema is licensed under a Creative Commons Attribution-NonCommercial-NoDerivatives 4.0 International License. Based on a work at http://kashema.com.

5 thoughts on “The Puffy Effect: Puffy & the 5 Senses”